Today, the STL format (modeling file for stereolithography) is gaining in popularity. Its development was carried out according to the needs of stereolithography (volume lithography), and was intended for rapid prototyping and visualization of three-dimensional models. The format describes the triangles that make up the contours of any object. Its main difference from other formats is ease of use. To represent the shape of an STL digital 3D model, a sequence of triangles is used.

There are two structures of STL formats: text and binary. The binary structure of the STL file model is more compact, requires less space and has greater accuracy. But the use of the text structure allows the transfer of files to a computer with a different representation of numbers, and the number of characters of each number can be arbitrary. At the beginning of the text file of the STL program, the presence of the key phrase “solid” is required. The following is a brief explanation of the facility and its manufacturer. Then the triangles themselves are described, for which unit normal vectors and a Cartesian three-dimensional coordinate system are used. The end of the file is indicated by “endsolid”.

Many people wonder when meeting with STL how to open this format. It is best to use Microsoft Internet Information Services (IIS). There are several more programs: MeshLab, Geomagic Explorer, Dassault Systemes CATIA and others. To edit the STL models format, any 3D editors and CAD programs are used. 3D printing leads us to a new reality, but in order to print anything, any 3D printer needs instructions. There are STL files for this.

All STL models for the printer include hundreds, or even thousands of horizontal layers that will overlap each other until the 3D object is printed. Typically, such files are either written “from scratch” on their own, or ready-made files created using various 3D modeling programs are used. If you have not yet mastered the construction of three-dimensional objects with the nuances of conversion, it is easier to turn to ready-made 3D models.

Your 3D printer will print the proposed material without any problems, only to get a high-quality result, you need to take into account one more small feature of the technology. When you export selected or created models in STL format for printing, holes often appear on them that prevent the models from becoming whole. Use the NetFabb cloud server to avoid these problems. Send the file to it, and when it fixes, check the STLView viewer, and only after that resort to printing. We wish you success! Why You Need a Professional for Your SEO Campaign 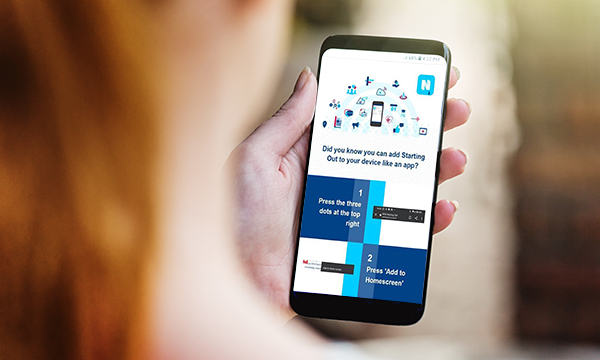 The Best Ways to Watch the 2021 Olympics

Since life is on its way to normalcy, many sports events have returned to bring life to screens. The Tokyo… Web Design Trends That Are Sure To Dominate The Future

There are several trends that quickly turn out to be obsolete, whereas, as per the specialists for web design in…